Here’s a preview of the latest Ad Lib which should come through your letterbox soon. 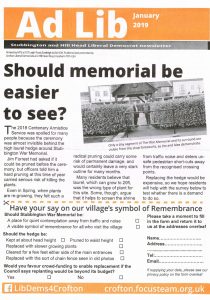 Give us a call if you’d like to help deliver Ad Lib in your area.

Fareham Council is proposing to change the rules for car parking in Stubbington Green (the spaces outside shops) and the Rear of Standen House (behind the Snooker Hall).
The maximum stay will continue to be one hour (8am to 6pm Monday to Saturday) but the “No Return” period will be raised from two hours to four hours.
The Council say they are proposing this because some staff from local businesses park for the maximum permitted period, and then move the vehicles from one bay to another, or leave the car park to conduct business and then return to the car park, effectively using the car park as a free business car park.
They say this means fewer spaces for customers of the shops and small businesses and results in lower footfall and reduced trade.
There will be a consultation process before this takes effect. We’ll let you know when the consultation opens so that you can give your views.

Residents will get their say about a £100,000 artwork at the Daedalus Enterprise Zone, after pressure from Jim Forrest.
Fareham Council plans to erect the artwork, funded by developers of the IFA2 electrical interchange, on new public open space facing the Peel Common roundabout.
Council officers had approved a 3-metre-high galvanised steel design portraying Daedalus – who gave his name to the former military airfield.
They rejected several other designs – without revealing details of them.
But after a meeting of the Council’s Executive, the Council is to look at other designs, and involve the public in the choice.
Jim Forrest told the Executive: ‘We consulted the public recently on the naming of a public park. We should surely consult on such an expensive, high-visibility project.’
The Council has now decided to re-examine the project, involving a wider group of people.
Since we publicised the project in Ad Lib, a respected Hill Head sculptor, who had previously been unaware of it, has been able to contact the Council and register his interest in tendering. We hope the revised process for choosing a design will enable all local artists withthe appropriate skills to take part. 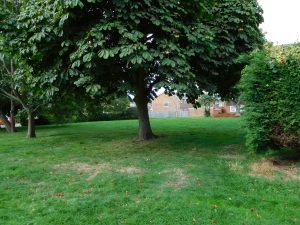 Applications to erect  two metre fences round part of the open space between Springfield Way, Dallington Close and Mulberry Avenue have now been rejected by planing officers.

ButLib Dems have found that other green spaces could be under threat.

The green north of Springfield Way has been enjoyed by everyone for decades since the estate was built in the 1970s, but two sections  of the land were recently sold at auction.

Those sections, though listed as public open space in Fareham’s local plan, were never owned by Fareham Council.

Agents for the applicants said they wanted the fence to prevent vandalism, anti-social behaviour and fly-tipping, which would be to the detriment of the area.

Councillor Jim Forrest says: “I don’t recall any of these issues arising in this space in the 25 years I’ve lived in Hill Head. A fence would be of permanent detriment to the area, destroying the view and preventing lawful use.

Jim, who is Lib Dem spokesman on planning and development, adds: “This could have worrying implications for Fareham as a whole. I’ve made inquiries and found there are other sites around Fareham where land currently in use as open space is still in private hands.

“Residents should be entitled to a clear picture of whether land around them is public open space, or just permissive space which can be sold and closed off.

“I’ve put a question to the Council to ask how many such sites there are and what can be done to protect them.” 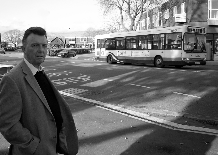 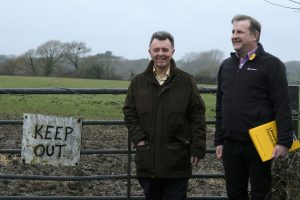 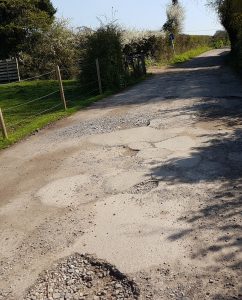 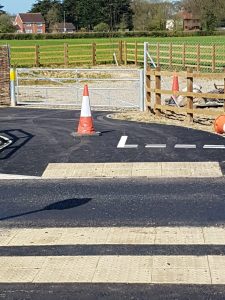