There’s been a lot of speculation on Facebook recently over a supposed “plan” for alterations to the traffic layout in Stubbington Green.

Jim Forrest writes: It’s true to say that Hampshire County Council are working on proposals to take advantage of Government funding for improvements to walking and cycling access to the shopping centre, in response to the additional pressures caused by queuing during the pandemic.

But it’s well short of being a firm plan.

To support the bid for funding last autumn, Hampshire officers submitted a draft plan which was part of an earlier study of possible “active travel” options. (This was shown to one of Fareham’s senior planning officers, who shared it with the Stubbington borough councillors.)

I have discussed that document with the County Councillor for Crofton, and asked County officers to inform the local councillors and start consultation with residents as soon as they have firm proposals to put forward.

Some of the ideas floated might be helpful; some might not; some would be unlikely to be affordable within the budget of the Government funding.

The clumsy way in which incomplete proposals have been leaked has led to unnecessary alarm and speculation about ideas which may never be taken any further, and I have no intention of feeding that rumour mill.

Your local councillors are well aware of the needs of residents: The pressures on parking space for those who need to visit the village by car and those who deliver to our invaluable local shops; the value of local bus services for those who can’t visit by car; and the dangers to pedestrians, wheelchair users and cyclists posed by inconsiderate parking and driving.

When a proper consultation starts, we’ll work with residents as always to keep the balance between these needs. And we’ll do our best to inform the planners, based on the day-to-day experience of Stubbington and Hiill Head people..

The December edition of Focus is now being delivered. Big stories on Fareham’s Local Plan, parking charges at Hill Head beach, and much more.

We hope to start an email newsletter to tell residents about issues that arise between editions of Focus. If you would like to be included on the distribution list, please send your email address to [email protected]

Your answers to the survey in our Summer edition of Focus have been collated with those from Focus teams in other Fareham wards.

Councillor Jim Forrest persuaded Fareham Council to alter Stubbington’s retail status from its previous “Local Centre” to “District Centre” in the debate on the Draft of the Publication Local Plan on October 22.

We won’t see any changes to the village as a result of the change in definition – and that’s precisely why we asked for it.

Jim says: “My aim was to give Stubbington increased protection under the section “Strategic Policy R1” in the draft plan, which says: ‘Any development that would significantly harm the vitality and viability of a defined centre or small parade will not be permitted’.

“Stubbington’s shops are the main suppliers of daily needs for many hundreds of people. We saw that spectacularly demonstrated during lockdown, when our local shops stepped up their game, and gave a lifeline to people who could not travel to the big supermarkets, or access their online delivery services.

“I wanted to help protect the future of our local shops against possible developments which might threaten them, by tightening the criteria against which councillors or planning inspectors will measure planning applications.”

Jim’s motion was carried unanimously at the Council meeting, meaning it was supported by all parties and by all the Stubbington and Hill Head councillors.

But Jim Forrest points out: “It remains a proposal, not a done deal, until residents have had their say.

“A public consultation on the Local Plan opens on November 6. Please watch for the edition of Fareham Today which you’ll be getting shortly, and follow the explanatory material about how to comment when it goes on the Council’s website.

“It’s not a simple process, it’s a huge, detailed file of documents, but if you want your views heard by the Government inspector who will rule on the plan, it’s worth taking the time.

“And in the meantime, if you want our shopping centre to thrive, vote with your feet, shop local, and let’s live up to the title of our local traders’ and community group:

The open space at Puffin Crescent is looking a lot brighter, thanks to local residents and business.

Allan Priestley asked Councillor Jim Forrest if residents could plant flowers at the edge of the green, which was being ploughed up by cars parking or turning.

Jim put them in touch with Fareham Council’s gardens chief, the idea was approved, and Allan went to work with neighbour Graeme Sign, helped by a donation of plants from The Fruit Basket in Stubbington Green.

Jim Forrest says: “Well done Graeme, Allan and The Fruit Basket. We’re really lucky in Stubbington to have so many people prepared to dig in and keep our vilage beautiful.”

A Lib Dem-led motion to fight the Climate Emergency was passed unanimously by Fareham Council.

And we’re urging the Council to involve all residents in the fight.

Bob Seymour and Jimmy Roberts explore concerns about the over-exploitation of the shellfish on the Solent shore.  Click on the image to view video.

Since 2010 the Solent fishery has been declassified for commercial activity because water quality has been considered unsafe.  From 2014 the native oyster fishery for the whole of the Solent was closed because of the collapse in the population.

Many of us in the area will have enjoyed collecting a few Cockles for our families.  But it’s a totally different vision to see large numbers of people go out on the shingle with large bags and buckets and sweep the area clean of everything that is alive.

Police believe some of the people involved may be controlled by gang-masters in a version of modern day slavery. We’d clearly wish to stamp out such inhuman exploitation.

Some legislation already exists to help prevent over-exploitation of the food source, through the Food Hygiene (England) Regulations of 2006.

But what is really required is a long term strategy to protect the resource this sea-life represents.  Seabird numbers are in decline, largely because of a noticeable reduction in food supply. 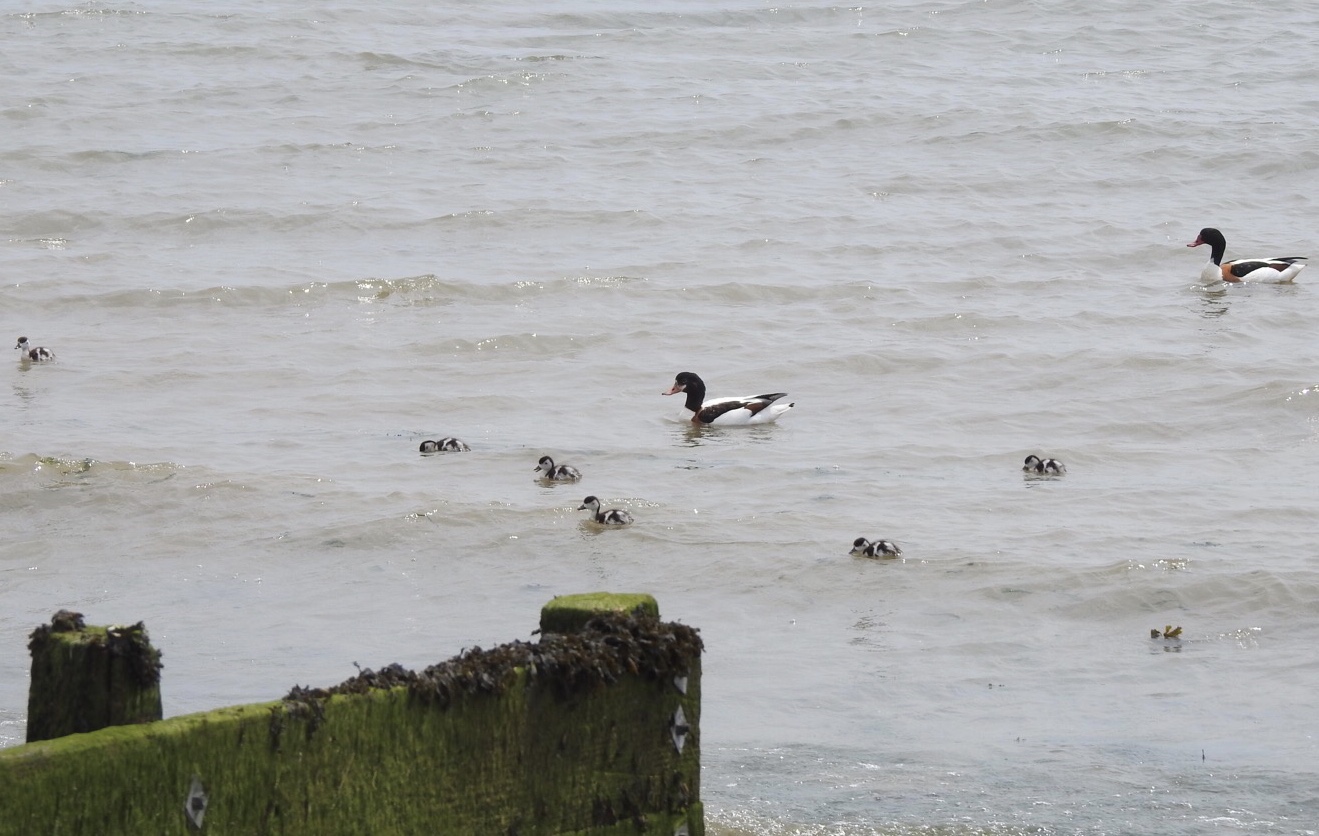 One way to halt that decline might be some form of ban on shellfish and bait digging along our foreshore between the Hamble river and Lee beach.

Closed seasons, between March 1 and October 31, already exist for shellfish in the Portsmouth area.  A Special Nature Conservation order has been in place for many years in Fareham creek prohibiting commercial bait digging.

Crofton Lib Dems are studying what measures might be possible and we’ll report back.

Fareham Council’s planning committee have backed refusal of two planning applications for a total of 190 houses off Newgate Lane.

The site, between the old Newgate Lane and the new relief road, is part of Fareham’s Strategic Gap.

Councillor Jim Forrest and several residents made deputations calling on the committee to refuse the sites.

Jim argued that they would destroy the “country hamlet” atmosphere of Peel Common – the long-estblished community of Newgate Lane, Albert Road and Woodcote Lane.

You can read Jim’s deputation here.

The developers had already appealed because of delays in bringing the plans before the committee, and they will be decided by a Government inspector.

But the committee’s view gives hope that the inspector will also refuse them.

Either or both of these two developments would have serious implications both for my constituents in Stubbington, and for the borough as a whole.

Residents in Newgate Lane, Albert Road and Woodcote Lane endured decades of misery as a quiet country road became a rat-run, with non-stop queues of traffic on their doorsteps at all hours of the day.

The creation of Newgate Lane East brought respite, restoring Peel Common as a quiet hamlet where residents no longer needed to fear constantly for their children’s safety.

Within months, they have the prospect of seeing that tranquillity snatched away. Nearly 200 homes will mean hundreds of cars once more disgorging onto Newgate Lane. And the difficult exit to Newgate Lane east, across a 40mph traffic flow, will see a tripling in pressure.

As a ward councillor I’d be bitterly disappointed to see my constituents in Peel Common lose the haven they have only just regained.

As a Fareham councillor, my greatest concern is to see protection for the Strategic Gaps which prevent Fareham’s distinctive communities from merging into one giant urban sprawl.

We are in the middle of examining the Local Plan. If the proposals of the 2017 Draft Plan are accepted as part of that, we could see up to 475 new homes on the land east of the new road. Taken with the proposals in front of us today, that would mean a total of around 650 new homes filling the gap between Bridgemary and Peel Common. That would be a body blow to the concept of preventing coalescence of urban areas.

As well as the core benefit of physical separation, recent rulings by Inspectors have focussed on the concept of “valued landscape”. Peel Common has recently been given added value. A vista has been opened up of tree-lined paddocks, a sensitively restored farmhouse and cottages going back to Victorian times and beyond,

And I think the idea of “valued landscape” is about more than prettiness. It’s about a feeling of place. As you journey between Fareham and Stubbington or Lee, there’s a sense of passing from an urban landscape, through the countryside, to a seaside town. The Strategic Gaps are an asset to all of us in the Fareham-Gosport peninsula, and these proposals for Newgate Lane would put it seriously at risk.

I’ve focussed on two areas where these proposals conflict with our adopted Core Strategy. The officers’ recommendation cites 14.

Ir would be a mistake to risk irreversible damage to strategic gaps because of panic over the housing land supply figures. The projections of housing need we are working on were drawn up before the Covid pandemic. It will be many months before the results of the economic upheaval can be assessed. Employment patterns, incomes, transport usage are all likely to be altered.

While that assessment is being made, I urge members of the committee to base your decision on the sound planning principles that have served Fareham well till now.