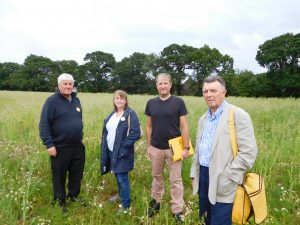 ommittee has rejected Persimmon’s plans for 261 homes on land at Oakcroft Lane between Crofton Cemetery and Peak Lane.
Planning officers listed 21 detailed grounds for refusal, and Stubbington councillor Jim Forrest said in a submission to the committee: “This is inappropriate development which would lead to coalescence of settlements and degradation of design standards which FBC has striven to uphold.
“Not only would it be detrimental to the character of Stubbington, approval of this scheme ahead of adoption of a new Local Plan could be taken as a precedent for assault on those standards in other parts of the Borough”