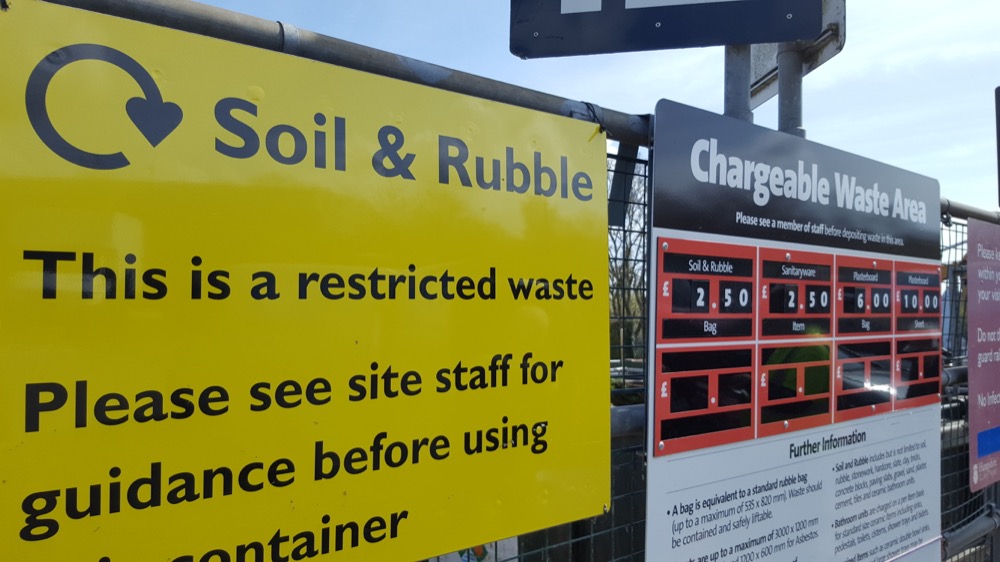 Charges at the tip 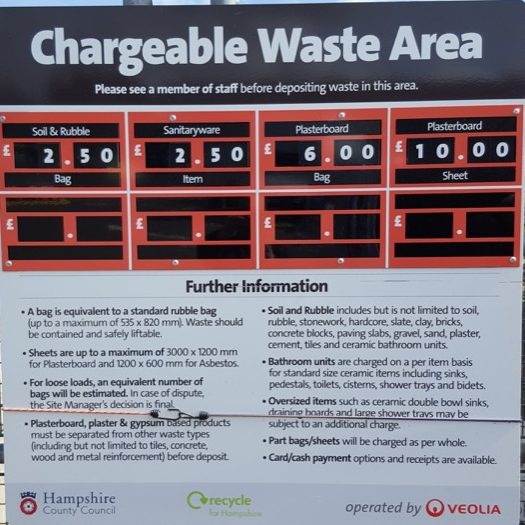 The charges are from Conservative controlled Hampshire County Council who we pay our council tax to. They are legally responsible for disposing of the household rubbish taken to the tip. So we pay our tax and then pay again at the tip.

The other thing we have heard people are doing is putting small amounts of rubble in they household bins each week. This again is extra cost to FBC. This is not just extra cost on our council tax but also the rumble isn’t recycled.

The Lib Dem have been complaining to HCC and we will continue to put pressure on them to improve recycling and remove the charges.

If you do have some rubble in the future there is a place that will take it for free (as long as you have steel toe cap shoes.). It is on the Parkgate to Botley road, on the left straight after crossing over the M27.